Trump slams witch hunt and those investigating it 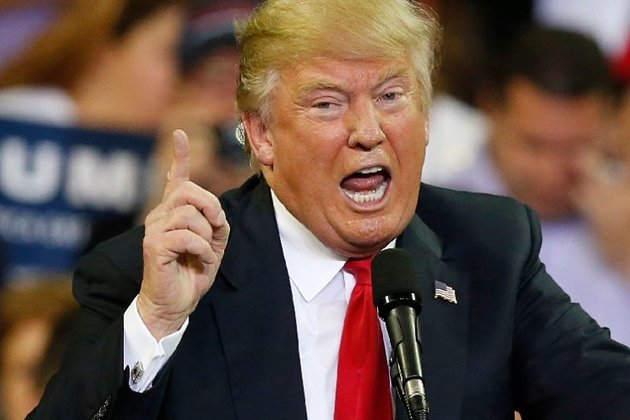 WASHINGTON, U.S. - In a fiery day on Twitter, the U.S. President Donald Trump lashed out at his regular targets - those facilitating and leading the Russia collusion investigation against him, and one other target, who has done nothing about it.

On Tuesday, Trump fumed over Special Counsel Robert Mueller's Russia probe and said that the investigation is "looking at the wrong people."

He also slammed the Justice Department and the FBI, along with thrashing the fired senior counterterrorism agent, Peter Strzok, calming he should be "criminally investigated."

Trump saved his best criticism for his favorite target - his own attorney general Jeff Sessions.

Following the firing of Strzok from the FBI on Monday over anti-Trump texts, Trump quoted conservatives and his supporters on Fox News, to endorsed the view that the former FBI agent, who was an ex-member of Mueller's team, should be "criminally investigated."

In a Twitter rant that spanned two hours, the U.S. President wrote in a two-part tweet, "Tom Fitton of Judicial Watch: "The Strzok firing is as much about the Mueller operation as anything else. There would be no Mueller Special Councel to investigate so called collusion but for the machinations of Strzok & his colleagues at the top levels of the FBI. We know this guy was corrupt and had anti-Trump animus. Strzok and others at the FBI should be criminally investigated for the way the conducted this investigation. Instead, Mueller is pretending nothing went wrong. He used Strzok, he used the Clinton DNC Dossier...the whole thing…."

A short while later, Trump turned his ire on Sessions and again tweeted, saying, "They were all in on it, clear Hillary Clinton and FRAME Donald Trump for things he didn't do." Gregg Jarrett on @foxandfriends. If we had a real Attorney General, this Witch Hunt would never have been started! Looking at the wrong people."

Sessions recused himself from oversight of the Russia collusion investigation being led by the Department of Justice in March last year.

Trump reportedly views Sessions' decision as disloyalty and resented that the Attorney General did not give the White House a proper heads-up before making the announcement.

In March last year, a week after Sessions made the announcement, the President said in a media interview that he wouldn't have appointed Sessions as the Attorney General if he had known that Sessions would recuse himself from the probe.

Reports have also stated that Trump has asked Sessions to reverse his decision since then and regain control of the federal investigation.

However, his ongoing outburst targeting Sessions has become more intense this year, since Mueller's probe is inching towards the President himself.

A short while later, Trump again tweeted, "Bruce Ohr of the "Justice" Department (can you believe he is still there) is accused of helping disgraced Christopher Steele "find dirt on Trump." Ohr's wife, Nelly, was in on the act big time - worked for Fusion GPS on Fake Dossier. @foxandfriends."