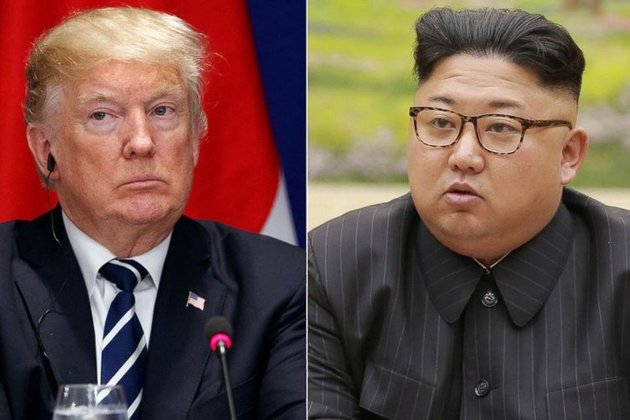 WASHINGTON, U.S. - In a bid to punish companies that have been providing North Korea with revenue streams in violation of strict economic sanctions against the country - the U.S. slammed new sanctions against certain firms.

On Wednesday, the Trump administration accused three organizations and an individual of facilitating illicit shipments to North Korea and announced new sanctions against them.

The new sanctions slammed in light of conflicted negotiations with North Korea over the dismantling of its nuclear program, have come two months after the country's leader, Kim Jong Un met with the U.S. President Donald Trump in Singapore.

Announcing the new sanctions is said to be part of the Trump administration's move to keep the economic pressure on Pyongyang, through sanctions, which the U.S. hopes would force the country's leader into dismantling its dangerous nuclear program to ease sanctions.

The U.S. Treasury Department announced on Wednesday that the new sanctions were being slapped companies based in China, Singapore and Russia.

It noted that the shipments, which violate sanctions imposed by the United States and the United Nations, include exports of alcohol, tobacco and cigarette products, as well as refined oil products.

Announced the sanctions in a statement, Steven Mnuchin, the Treasury secretary, said, "Treasury will continue to implement existing sanctions on North Korea, and will take action to block and designate companies, ports, and vessels that facilitate illicit shipments and provide revenue streams to the DPRK (North Korea's official name)."

Mnuchin further noted, "The tactics that these entities based in China, Singapore, and Russia are using to attempt to evade sanctions are prohibited under U.S. law, and all facets of the shipping industry have a responsibility to abide by them or expose themselves to serious risks."

Adding, "Consequences for violating these sanctions will remain in place until we have achieved the final, fully verified denuclearization of North Korea."

Following the historic meeting between leaders of the two nations in Singapore in June this year, talks to formulate a plan to denuclearize the Korean peninsula have been ongoing for weeks.

However, following the recent round of talks, North Korea vehemently insisted that the U.S. relieve some of the crippling economic sanctions and declare end of the Korean War before the Kim Jong Un-led countries takes steps to halt and dismantle its nuclear weapons program.

However, the U.S. team negotiating with the nuclear nation has argued that these issues were not raised as a precondition to the agreement signed by Kim Jong Un and Trump in June.

According to experts, the new sanctions, indicate that the U.S. is monitoring violations - especially by China.

Meanwhile, the U.S. Treasury pointed out that the sanctions will not let up until progress is made on denuclearization.

The move comes over a month after the U.S. Secretary of State Mike Pompeo cited evidence from satellite photographs as showing that North Korean is continuing violations of the maritime bans.