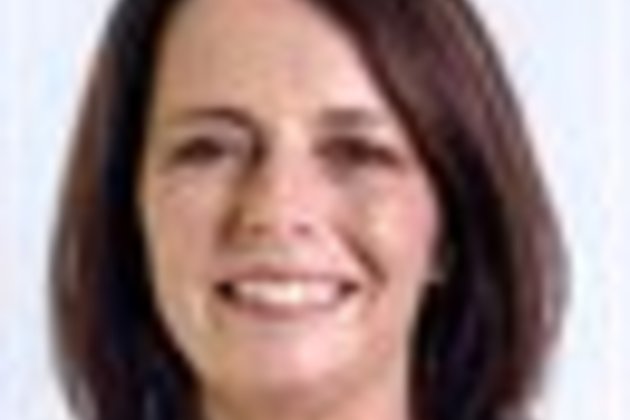 DA warnings of an ANC-EFF coalition in the Western Cape are nonsense Melanie Verwoerd SHARE THIS 2019-04-24 05:00 (GULSHAN KHAN, AFP)

In a previous column I criticised the DA for their fearmongering, comparing it to the apartheid government's "swart gevaar". Some DA leaders were bitterly upset about it and took the trouble to write indignant responses to my column.

Yet, the DA continues to follow this strategy - particularly in the Western Cape. Over the last few weeks they have sent out a barrage of text and voice messages urging voters to prevent an ANC-EFF coalition that would or could control the Western Cape if they don't vote DA. The messages claimed that the DA remains the only party that can prevent such a scenario from playing out and urged voters not to waste their votes on small parties.

The question is whether or not any of these statements hold any truth. It is useful to look at some of the election statistics of the Western Cape. There are just over 3.1 million registered voters in the province (out of a total population of around 6.2 million). This is an increase of about 100 000 voters or 3% from the 2016 local government elections.

As in many of the provinces, there has been a large increase in the number of registered parties contesting the upcoming election in May. Thirty-four parties (eight more than in 2014) have registered, of which a massive 20 parties are contesting the election for the first time. Of these, my favourite (if only for the name) must be the "All Things Are Possible" party. (You have to love Western Cape humour.)

Elections are not for the faint hearted and if the last election is anything to go by, the vast majority of these parties will not win any seats in the provincial legislature and thus lose their deposit. In 2014 almost half of the parties received less than 1 500 votes. So in theory, it could be argued that voting for those parties could be a waste of a vote.

However, there is absolutely no indication whatsoever that the ANC and EFF - even if they form a coalition - could gain above 50% of the vote. Although the various election polls differ quite dramatically, I could not find a single poll that has shown ANC support above 36% in the province. Equally, the highest level of support any of the polls have shown for the EFF is 6%. In fact, recently two polls have indicated support below 3.5%. So, on a VERY good day (from their perspective), the ANC and EFF would be able to get no more than 42% combined.

The DA argues that the ANC and EFF could form alliances with other parties to get over 50%. This seems highly unlikely, if not impossible. Polls indicate support for Patricia de Lille's GOOD party are at around 1.5% at the moment, whilst the FF+ is showing a rather surprising 3% support base (up from 0.55% in 2014). It is true that one should never say "never" in politics. (Remember Donald Trump and Brexit?)

However, I think I can say with 100% certainty that the FF+ would not join an ANC-EFF coalition. The GOOD party might agree to join, but such a coalition would still fall well short of 50%.

The DA is therefore being extremely untruthful (to put it politely) with their campaign strategy.

Why then go down this route?

Firstly, DA support in the Western Cape has declined sharply. Due to a series of political disasters over the last 18 months, their flagship province looked at risk for a while. However recent opinion polls showed slight increases of support, somewhere around 50-54%. Of course, this is significantly lower than the almost 60% of 2014, but with the help of David Maynier - who was called in to rescue a chaotic campaign - it seems that they have regained enough support to maintain control of the province.

Interestingly, there is still a very large percentage of undecided voters (some polls indicate as high as 20%) in the Western Cape. It is very likely that these are disaffected DA voters, thus the DA's desperate scramble to get them back.

There is an additional reason why the DA is using crude fear mongering in the Western Cape, despite the fact that the they will definitely be the majority party in the Western Cape and most probably get more than 50% of the vote.

The level of Western Cape support could dramatically impact the DA's support on a national level. If the polls are to be believed, it is not going well for them nationally. Of course this is extraordinary since, given the ANC's recent track record, the DA should have been raking in the votes. Yet, I don't know anyone who still believes that Mmusi Maimane's previously declared target of 30% support nationally is remotely possible.

In fact, many polls indicate DA support below 20% - albeit with a large number of undecided voters. A dramatic decline in the party's Western Cape support base would have a big impact on the number of seats that the DA would get in the National Assembly, which of course explains the frantic messaging.

However, it is difficult to see how scaring voters with a false narrative of an ANC-EFF coalition differs in substance (even though it certainly differs in tone) from the shameful racial narrative of Ace Magashule recently in the Western Cape.

It is at best disingenuous and at worst plays into racial stereotypes reminiscent of the apartheid days. No party should resort to these kind of tactics - especially if only they are to blame for the decline in their support.

- Melanie Verwoerd is a former ANC MP and South African Ambassador to Ireland.