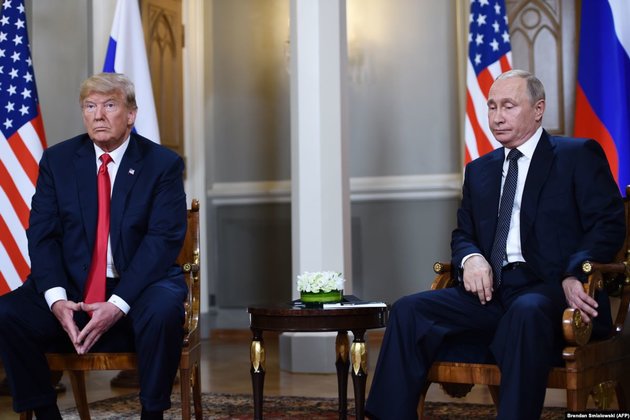 Russian President Vladimir Putin has said he may meet U.S. President Donald Trump on the sidelines of a Group of 20 (G20) summit next month in Japan.

Trump said on May 13 that he planned to meet Putin at the summit.

Putin, speaking on May 15 at a joint news conference in the Black Sea resort of Sochi with Austrian President Alexander Van der Bellen, said Russia was fully ready for normalizing relations with Washington as soon as domestic U.S. political conditions permit that.

'We are open [to normalizing relations] but it is not about us, it's about our American partners. As soon as they become ready for this, as soon as their internal political situation changes in a way that it is conducive for cooperation, we are ready,' Putin said.

'I hope that the conditions for the revival of Moscow-Washington ties will be created gradually, especially after the [U.S. special counsel Robert] Mueller report that confirmed that there was no collusion and Russia had never meddled in the [U.S.] election.'

Putin told visiting U.S. Secretary of State Mike Pompeo on May 14 that he hoped to 'fully restore' ties between Moscow and Washington, and he thought that Trump genuinely wanted to do the same.

Kremlin aide Yury Ushakov later said Putin would be open to a new meeting with Trump if a formal proposal was made, but that Moscow had not yet received any formal request from the United States.

Based on reporting by Reuters, Interfax, and TASS