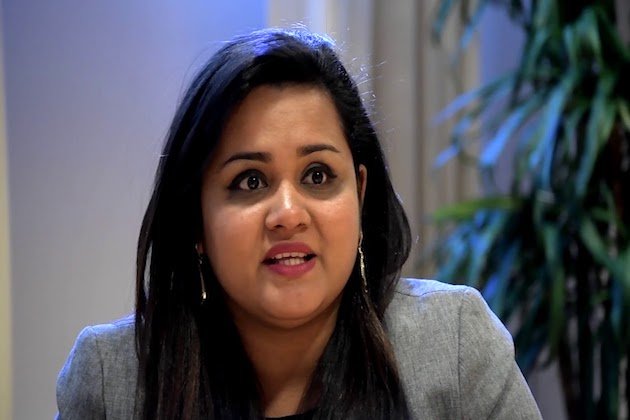 NEW YORK, New York - After visiting refugee camps in Jordan, UN-backed schools in Gaza, municipalities in Kosovo and Youth Councils in Denmark, the UN's Youth Envoy visited the Security Council on Wednesday with a simple message from the field that "young people care about peace."

However, Jayathma Wickramanayake made clear that "young women and men still suffer from stereotypes, myths and policy panics that harm their agency and affect realizing their full potential for peace."

She blamed the susceptibility to being labelled on a "small minority" of young people attracted to extremism and "fueled" by the victimization of youth, "especially young women."

The principal consequence of framing young people as "a problem to be solved and a threat to be contained," according to Ms. Wickramanayake, is that it contributes to their "marginalization and stigmatization."

Moreover, she flagged that it "detrimentally skews youth, peace and security programmatic responses towards hard security approaches and away from prevention", while ignoring the fact that "most young people are in fact not involved in violence."

The Council first addressed youth, peace and security in 2015 with an open debate on the "role of youth in countering violent extremism and promoting peace". That led to the adoption of resolution 2250, which, among other things, urged Member States to provide young people with a conducive environment for violence-prevention activities and peacebuilding efforts.

It also mandated an independent study on youth, peace and security that later served as the basis for resolution 2419, which recognizes the key role of young people in conflict prevention.

Ms. Wickramanayake cited these resolutions as important in today's world of growing terrorism, organized crime and extremist violence, to "make sure that perspectives on youth are not distorted by contagious stereotypes that associate young people with violence".

The youth envoy also addressed the need to protect young peacebuilders whose activities put them in the spotlight.

"In the past months I have noticed with grave concern, incidents of young peacebuilders and young human rights defenders being subjected to threats, intimidation, violence, arbitrary arrest and retaliation by State and non-State Actors", she said.

"I would like to recall and remind all of us with great emphasis that 'protection' is an integral pillar of the resolution 2250", she stressed, calling on governments to "uphold and protect the fundamental rights of young people, including their freedom of expression both online and offline".

She reminded the Council that the Youth, Peace and Security agenda is being recognized and institutionalized within the UN as "core" to the Organization's priorities for young people, and that the UN Youth Strategy, Youth 2030, identifies peace and resilience building as "one of its five core priorities for the UN System's work for and with young people".

"With this first-ever UN Youth Strategy, we have set out on a new path and will support young people in all their diversity in accessing education, decent work, social protection and their health, while we will stand with young people when they oppose injustice and will work with them to prevent conflict and build peace", maintained Ms. Wickramanayake.

Through this, "the UN System will promote an environment that recognizes young people's important and positive contributions to peace and security, while creating safe spaces and expanding opportunities for young people", she added.

With a nod to the First International Symposium on Youth Participation in Peace Processes, which was held last March in Finland, the youth envoy officially launched the policy paper WE ARE HERE: An Integrated Approach to Youth-Inclusive Peace Processes.

"I hope this is the beginning of a process…for concrete actions to bring peace", she said.

Ms. Wickramanayake also announced that Qatar would host the second Symposium in 2020, focusing on young women's participation in peace processes, which she hopes "will be a good opportunity to further explore the interlinkages between resolutions 2250 and 1325".

Sustainable peace must be democratized "to include the communities most affected", she said, arguing that "young people are our best chance in succeeding at that".