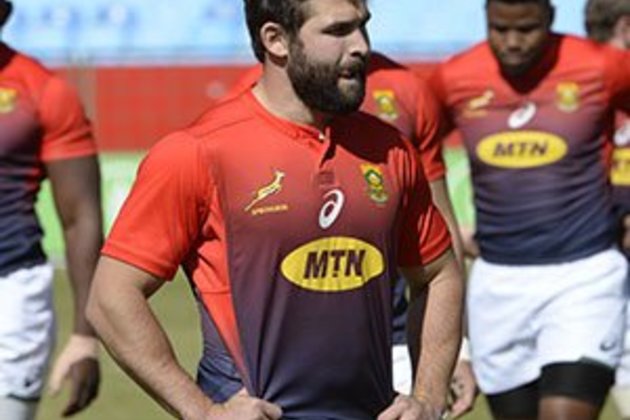 Some pundits have suggested that the Boks could go into the World Cup with only two specialist scrumhalves - Faf de Klerk and Herschel Jantjies - with utility back Cheslin Kolbe as a possible back-up.

However, according to Afrikaans newspaper Rapport, Erasmus will not go down that route as scrumhalf is a position he feels requires specialists.

This means De Klerk, Jantjies and Cobus Reinach are all expected to crack a nod in Erasmus' 31-man World Cup squad.

Meanwhile, a Springbok training squad of 36 players assembled in Bloemfontein on Sunday for a four-day Rugby World Cup camp as part of their preparations for the global tournament which starts next month in Japan.

The camp is designed to refocus the group on the World Cup campaign.

Erasmus will name his World Cup squad next Monday (August 26).

The 36-man Springbok squad who have assembled for the RWC camp in Bloemfontein are:

BRUSSELS, Belgium - NATO was holding an emergency meeting of the North Atlantic Council on Friday following the death of ...

PERTH, Western Australia - The biggest explosion in the universe after the Big Bang has been discovered by scientists studying ...

59% of Venezuelan housholds not in position to buy enough food

CARACAS, Venezuela - Hyperinflation in Venezuela means that roughly one-third ofthe population more than nine million people do not get ...

Could coronavirus really trigger a recession?

Fears are growing that the new coronavirus will infect the U.S. economy.A major U.S. stock market index posted its biggest ...

MOUNTAIN VIEW, California - Google on Wednesday announced it will invest more than $10 billion in offices and data centers ...

Walt Disney's world to be headed by Chapek