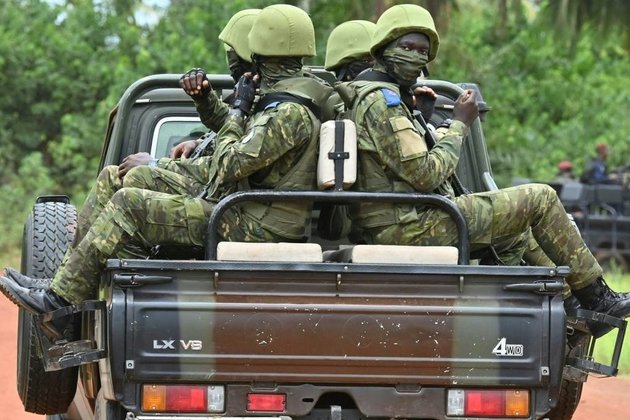 At least two soldiers and a police officer were killed Saturday when their vehicle hit an explosive device in northeast Ivory Coast near the border with Burkina Faso, a security source told AFP.

"The explosion also left three wounded," the source said. It comes a week after another attack by suspected jihadists killed an Ivorian soldier in Tougbo town a few kilometres from the border.

READ | One killed, many injured in Ivory Coast xenophobic violence

It also comes just two days after Ivory Coast and France inaugurated a counter-terrorism academy near Abidjan intended to ramp up the Sahel region's ability to counter a widespread jihadist threat.

Security experts have warned that the area's bloody jihadist insurgency could spread southwards to countries on the Gulf of Guinea.

It was the fourth attack in the west African region in just over two months.

The latest spate of assaults date back to March, when dozens of suspected Islamists killed three members of the Ivorian security forces in a twin raid on army positions near the border with Burkina.

"Three terrorists" were killed and four were arrested, the army said.

These attacks have been blamed on jihadists who are active in Burkina Faso, as well as neighbouring Mali and Niger.

The Sahel insurgency sprang up in northern Mali in 2012 before advancing into Niger and Burkina Faso in 2015.

Ivory Coast was first hit in a jihadist attack in March 2016, when 19 people died in a raid on Grand-Bassam, a seaside resort near Abidjan.

"Northern Ivory Coast along the border with Burkina Faso is coming under the heel of jihadist groups. This region constitutes an important security aspect for the Ivorian state," said Ivorian anti-terrorism expert Lassina Diarra recently.

On Thursday Ivorian Prime Minister Patrick Achi and French Foreign Minister Jean-Yves Le Drian attended the formal inauguration of the International Academy for the Fight Against Terrorism just outside Abidjan.

Ivorian Defence Minister Tene Birahima Ouattara said the academy would be "a focal point of regional competence in the anti-terror fight to benefit the stability of our states and the security of our populations".

Former colonial power France already plays a strategic role in the region with a 5 100-strong military presence at the head of Operation Barkhane.

But French President Emmanuel Macron on Thursday announced a troop drawdown and a new international task force, promising "a profound transformation of our military presence in the Sahel".

Details of the pullback have yet to be made public, but Macron said several hundred French troops would remain in the region as part of the so-called Takuba international task force.

ROME, Italy: Hundreds of Alitalia workers stopped highway traffic as they blocked an airport exit on Friday to protest that ...

PRAGUE, Czech Republic: The right-of-center Czech party, the SPD, which could be part of a new Czech government next month, ...

Uncut diamond, at 1,175-carats, is third largest in world