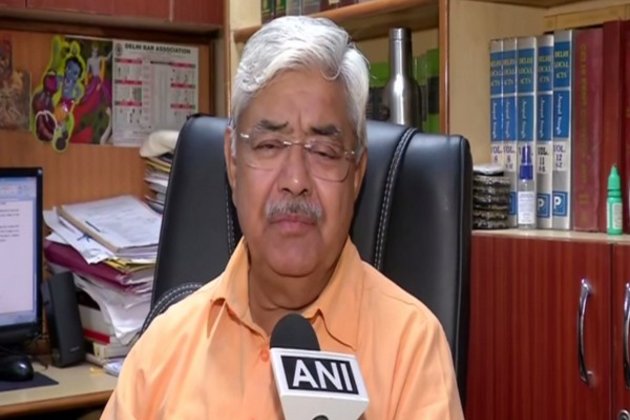 New Delhi [India], September 2 (ANI): The issue of cow protection was more important to Mahatma Gandhi than Swaraj and when the majority community has such a belief, why should the minorities insist on eating beef? asked Vishva Hindu Parishad international working president Alok Kumar on Thursday.

"Mahatma Gandhi had said that the question of cow protection is more important to him than Swaraj. When the majority community has such a belief, why should minority communities insist on eating beef?" the VHP president said.

This comes a day after the Allahabad High Court observed that cows are an integral part of the Indian culture and suggested that the Central government give fundamental rights to the animal and declare it as the national animal.

"The judgment given by the Allahabad High Court is most welcome. It is an erudite decision. The cow is the mother of the majority of Indian society. Cow's milk has always nourished the entire society. There is a belief that cows have 33 crores God and Goddess inside it," Alok Kumar said further.

"It is a truth that apart from the Hindus, the Muslim rulers also considered it as an important part of India's culture during their reign," he added.

The Court's observations came as a single bench of Justice Shekhar Yadav was hearing the bail application of a person named Javed who was arrested under the Cow Slaughter Act in Uttar Pradesh. The bail application was rejected by the court.

Justice Yadav said that the central government should table a bill in Parliament to give fundamental rights to cows. He further said that strict laws should be enacted to punish those harming the animal. (ANI)

MUNICH, Germany: German authorities announced this week that a World War II bomb exploded at a construction site next to ...

MEXICO CITY, Mexico: A Mexican gang crashed vehicles into a Mexican jail this week, in a successful bid to free ...

Robot company will pay $200,000 for human faces for use on robots

PERM KRAI, Russia: Tech company Promobot is planning the launch of a new line of human-looking robots, but first they ...

US saw only 210,000 hired in November, falls short of expectations

WASHINGTON D.C.: In a reversal of the predictions of expected job growth issued by economists, U.S. employers hired only 210,000 ...

CHESAPEAKE, Virginia: Discount retail chain Dollar Tree said it will raise its prices from $1 to $1.25 for most of ...

MCLEAN, Virginia: Capital One bank has announced plans to cancel overdraft fees early next year, and becoming the largest bank ...