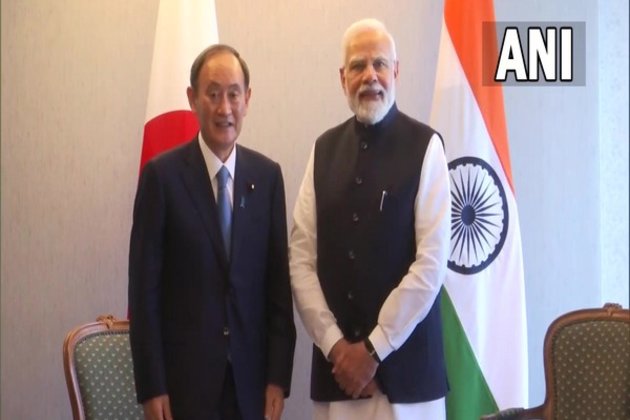 They recalled their previous interactions, including their bilateral meeting on the sidelines of the first in-person Quad Leaders' Summit in Washington DC in September 2021. "The Prime Minister appreciated Suga's contribution to deepening and strengthening India-Japan relations," the Ministry of External (MEA) said in statement.

Earlier today, PM Modi participated in the second in-person Quad Leaders' Summit in Tokyo, along with leaders of other Japan, the US and Australia.

During the summit, leaders reiterated their shared commitment to a free, open and inclusive Indo-Pacific and the importance of upholding the principles of sovereignty, territorial integrity and peaceful resolution of disputes. (ANI)