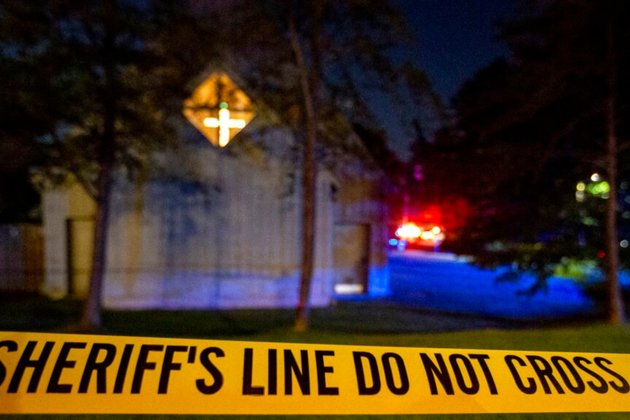 The lone gunman who opened fire at a potluck dinner Thursday at a church in Alabama, killing three people, was stopped from doing further damage when another diner struck him with a folding chair and held him until the police arrived, a former pastor at the church told The Associated Press.

The Jefferson County district attorney said Friday the 70-year-old suspect, Robert Findlay Smith, has been charged with capital murder for the attack at Saint Stephen's Episcopal Church in the Birmingham suburb of Vestavia Hills.

AP reports that one of the victims "died in his wife's arms as she whispered words of love in his ear."

'This should never happen -- in a church, in a store, in the city, or anywhere," Governor Kay Ivey said after the shooting.

According to the church's website, a Boomer's Potluck dinner was scheduled for Thursday evening. The announcement of the event on the site encouraged people to "bring a dish to share" and invited people to "simply eat and have time for fellowship."

Thursday's church shooting is the latest in a series of recent shootings in the United States that have again sparked debate about the need for gun reform. Last month, 10 Black people were killed in a racist attack on a supermarket in Buffalo, New York. Later in the month, 19 elementary school children and two adults were killed by a gunman in Uvalde, Texas.

Thousands of people gathered on the National Mall in Washington on Saturday to call for stricter gun control measures.

Some information for this report came from The Associated Press.