US rushing to replace weapons sent to Ukraine 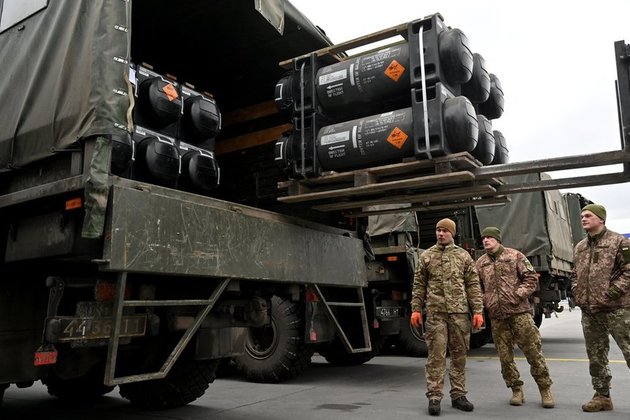 Having delivered nearly $18 billion worth of arms to Kiev since February, Washington is scrambling to restock its own arsenals

The US Army is speeding up its weapons acquisition processes to replenish stocks depleted by the constant flow of arms shipments to Ukraine, a top military official said on Monday.

The country's military is using contracting lessons learned from the Covid-19 pandemic to speed up the procedure, Doug Bush, chief of acquisition, told reporters. The expedited contracting effort means processes that used to run in succession will now be run simultaneously, according to Reuters.

Washington has sent almost $18 billion worth of arms to Ukraine since Russia launched its military offensive in late February. The Pentagon also spent more than $2.6 billion between May and October replenishing key weapons stocks, recent contracting data shows.

The Department of Defense admitted, however, that it would still take "multiple years" for the US Army to be fully resupplied, according to a fact sheet seen last week by the New York Post.

The US uses the special Presidential Drawdown Authority (PDA) to allow for quick weapons transfers without congressional approval during a time of emergency.

According to Bush, around $1 billion worth of contracts have been awarded to weapons manufacturers since the second half of October, primarily to restock ammunition and rockets. This included a $477 million contract with Lockheed Martin.

The army received its first batch of funds to replace stocks sent to Ukraine at the beginning of May and gets a new tranche every few weeks, ranging from a few hundred million dollars to nearly a billion.

The US is not the only country facing depleted stocks of weapons due to the Ukraine conflict. Germany's military is currently facing severe shortages of ammunition, Eva Hoegl, the Bundestag's commissioner for the armed forces, said on Sunday. While the shortfall has existed for years, it has been exacerbated by Berlin sending weapons to Kiev. Hoegl warned it would cost the army around €20 billion to refill its ammo stocks.

Russia has repeatedly warned that the influx of Western weapons will only prolong the conflict, while making the US and other NATO members de facto participants.

King could step in if Malaysia parliament cannot choose leader

KUALA LUMPUR, Malaysia: As support for a conservative Islamic alliance prevented major coalitions from winning a simple majority in its ...

After 73 years, Biden tells Palestinians to wait until conditions are right

NEW YORK CITY: Granting Palestine full state membership status at the UN would be a "practical" step that could preserve ...

WASHINGTON D.C.: In the largest dam removal undertaking in U.S. history, a U.S. agency last week approved the decommissioning of ...

LOS ANGELES, California: Lyft and driverless technology firm Motional have announced the joint operation of a robotaxi service for residents ...

Lab-grown meat cleared by US for human consumption

WASHINGTON D.C.: The U.S. Food and Drug Administration (FDA) has announced that, for the first time it has cleared a ...

CLEVELAND, Ohio: After vandals broke into a farm and released up to 40,000 minks from their cages this week, thousands ...

The Trial of the Chicago 7

Trial of the Chicago 7